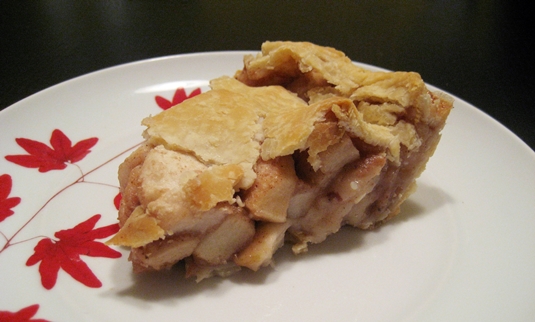 Thanksgiving is this week and I can’t wait for all the homemade goodies! The turkey! The stuffing (who cares if I like Stove Top)! The side dishes! And the pies! Oh, the pies! 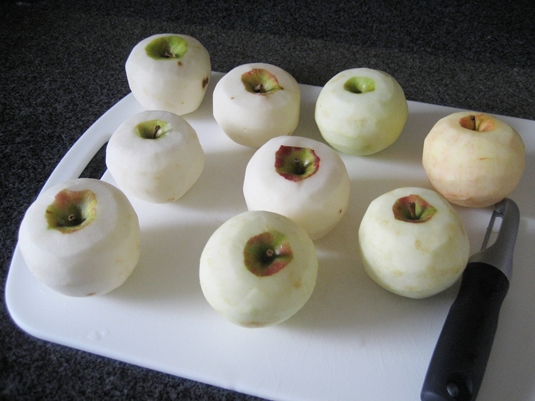 For my extended family holidays, my parents always host Thanksgiving. Which meant the weekend before and week of Thanksgiving was a flurry of cleaning and preparations. Most years, the apple and pumpkin pies were made from scratch (minus the crust). If my Mom ran out of time and bought pies from the store, we were sorely disappointed. 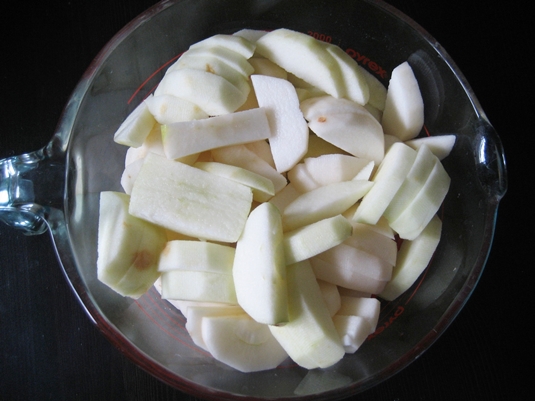 First, because homemade pies are superior. 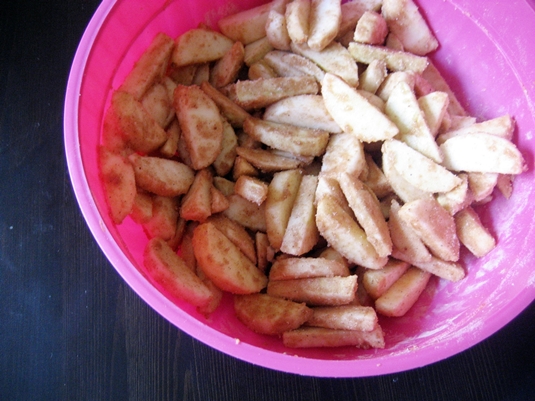 And second, so we could sneak some of the cinnamon sugar apples. My Mom always made extra apples for the filling knowing a portion of them would never make it into the pie. 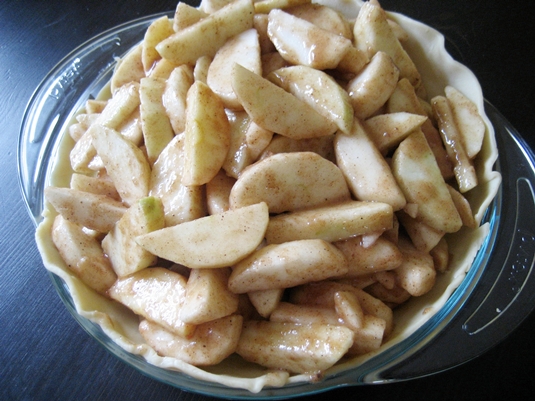 Which is why this recipe calls for heaps of apples. A few slices go to “quality control” and a few more are snacked on by John and me. 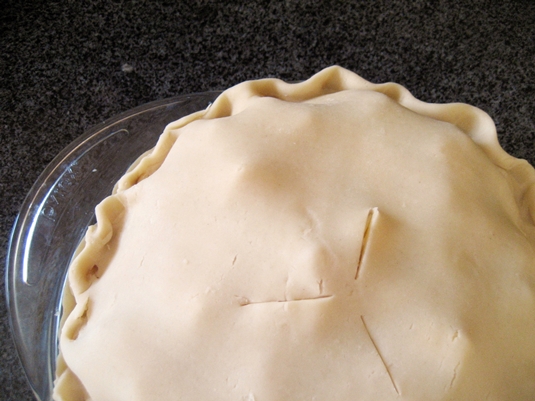 I may have cut a few corners by using Pillsbury pie crust, but nobody was complaining. 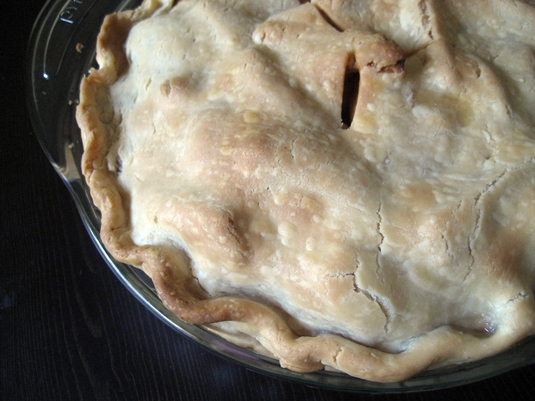 And the pie still looks homemade because I haven’t mastered my crust fluting skills yet. 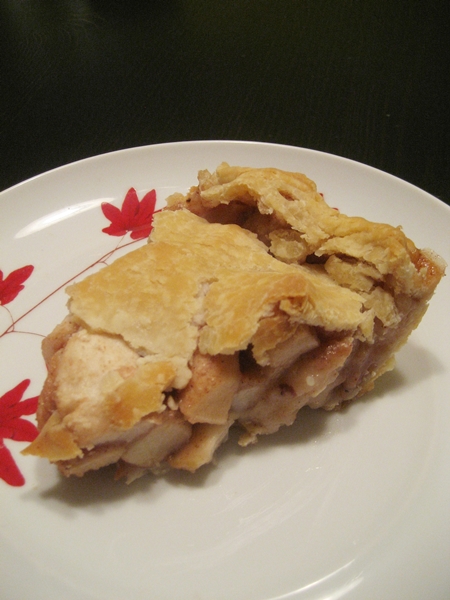 Plus, it’s what’s inside that really counts :)

Crust (for a 9.5 inch 2-crust pie)
I cheated and used Pillsbury. A box of 2 rolled pastry crusts can be found in the cooler near the cans of crescent rolls and biscuits. I don’t like using the crust that already comes in the pan.

If you have more time on your hands, you can use Joy the Baker’s or Smitten Kitchen’s recipes.

Prepare the crust (or just roll it out from the box). I like to use a glass pie pan.

Stir together the sugar, flour, nutmeg, and cinnamon. Mix well with the apples, trying not to snack on too many of them ;)

Pour the apples into the pie crust and dot with the cubes of butter.

Cover the apples with the top crust. Seal and flute the edges of the crust. And cut 3 or so slits into the top.

Cover the edge with a 2- to 3- inch strip of aluminum foil to prevent excessive browning; removing the foil during the last 15 minutes of baking.

Bake 40 to 50 minutes or until crust is brown and juice begins to bubble through slits in the crust. Place the pie pan on a cookie sheet while baking to catch any drips.
* – One pound of apples equals 3 medium apples or 3 cups sliced apples

Hi! I'm Cathy, an accountant and lover of cupcakes, running, nesting, and my family. This blog was born out of my Midwest sensibilities, the thrill of a good bargain, and helping others. More…